We had the privilege of reading and evaluating Planetary Bodies some time ago.
Manuscripts of this quality cross our desk in the Towers too infrequently, and our editorial suggestions were minor. Even the title itself is story, a metaphor. A planetary body refers to the moons or real estate that orbits a significant planet. The planets referred to in this tightly written novel are Cornelius Vanderbilt and Oscar Wilde—the planetary bodies are the women who loved and tolerated them. The intersection of their lives is absolutely fascinating. We have faith that Planetary Bodies will find a major publisher to present it to the widest possible audience.

This is the moment in which a man feels most alone. Large hands gripping each corner, he rolls the long white table down a narrow hallway and into the room at its very end. All traffic terminates here.

It is quiet. A faint echo lingers in the air, a green haze heavy with sounds of the past. Voices, when they are heard, resonate, and then disappear. The room is whitewashed and has a high ceiling. It is lined at one end with glass-fronted cabinets containing jars, bottles, and boxes of different sizes. Each is labeled. The lower part of each cabinet holds rows of wooden drawers. Each of these is also labeled. Here there is a sense of order, of calm.

The table, on casters, comes to a rest in the center of the room, next to another table of clean bright metal, which is fixed to the floor with large bolts. Its surface is enameled white and shines with the attention that someone has paid it, perhaps late the previous night. Who knew what had happened here the day before? Each morning finds it immaculate, as if it has witnessed nothing. The table keeps its secrets and tells no one.

Two men enter from a smaller room at the rear, taking the place of the brawny man who came in with the table. He nods to them without raising his head, a small ceremony, and passes slowly through the door from which they came. These men are cloaked in simple cotton clothing of a dull grey. In one simple movement, the white sheet is removed from a body lying lifeless, almost weightless, beneath it.

With one man at the head, the other at the foot, each grasps shoulders and ankles and in one choreographed movement, they lift and swing it onto the clean surface.

The autopsy begins with a complete external examination. Here lies an elderly man. His skin the color of yellowed leather, hangs in loose folds from bony appendages, shoulders, knees, hips. The long bones of fingers and toes curve with the pressure of years and of general wear. Tufts of almost-white hair sprout from the sides of his head, whiskery bunches from each ear, and weeds from each nostril. The long jaw is unshaven, glittered with silver beard, which may still be growing. In death, even this wizened creature still speaks of life in a peopled world. His eyes are closed, wrinkled with disgust. That it should all have ended like this! his scowl seems to say.

The weight and height of his body are recorded. The pathologist narrates his findings to the second man, who is younger, a medical student. The student notes the location of identifying marks on a chart with a body-shaped drawing. Scars and tattoos are recorded.

The student’s hands reach under the torso to lift it while a wooden block is placed beneath the spine. The body settles, its arch extended, the chin falling back to point skyward. Arms outstretched in supplication, here is the man in his final salute to heaven from Earth.

The surgeon’s hands work deftly, quickly. First, he incises a long cut from the head of the left shoulder in an arc to the sternum and back up to the right shoulder. There is an audible wheeze of gas as it escapes through the initial puncture, causing an involuntary cough from the student as his nose wrinkles with revulsion. The scalpel is drawn approximately one quarter of an inch deep through the flesh at the base of the ribcage, extending in a straight line to the pubic bone. A thin line of black blood runs slowly from each cut. There are no pools, no heart beats to pump life from the victim. His life has since gone, leaving no marks on the table, save this discarded costume from his one and only performance.

The skin and underlying tissues are separated with forceful, deliberate sweeps of the knife, exposing the rib cage and abdominal cavity. Inside the body, everything is dark and damp, its putrid scent like decayed wood. The pathologist grips a rib cutter to slice along the sides of the chest cavity, first right and then left, leaving the ribs attached to the breastbone. He removes the entire frontal ribcage as a chest plate.

“This is Virchow’s technique,” he says, almost to himself. Once absorbed in his gloomy study, the surgeon loses track of his surroundings. It is habit which keeps the narration going. If a student interrupts with a question, he may arrest to attention with a look of slight surprise. As if to hear a voice reminds him that he, too, is still among the living.

“Important to examine and excise each organ from the whole of the cadaver, I think. Though it’s sometimes suggested that removal of the organ system is faster – that would be Rokitansky’s preference.”

The neck and chest organs are revealed with the puckered, tearing sound of tissue separating from sinew. Glands and orbs of varying hues are exposed to the light, reflecting a dull glow. The body is so devoid of moisture that it appears to have been molded of wax. The trachea is greyish and winds its way from behind the large nob of Adam’s apple to connect to the snakelike esophagus. Peeking out, the dark purple heart, like an overripe avocado, is lined with minute wrinkles, as if sucked dry. The surgeon touches each organ, lifting it gently and replacing it after making a cursory comment.

“General dehydration throughout. Heart reduced in size, calcified, with aortic separation. Would have had an incident if he’d gone on much longer. Thoracic aorta and lungs dry to the touch. Blackened.”

He then lifts each one, snips it free from its mooring and drops it into a dish for further examination and weighing. His assistant looks on, saying nothing, his eyes moving from the surgeon’s hands to his face and back again. He measures the twist of mouth, the wrinkling of

Now, now. Can’t give everything away, can we?

In 1895 Manhattan, Alva Smith Vanderbilt invents the notion of celebrity while Oscar Wilde does the same in England, a mirthful challenge to the role of the monarchy. Alva is a Southern woman who marries a member of the Vanderbilt clan to save her family from reduced circumstances after the Civil War. “One must always marry first for wealth and second for love.” At the height of her rise in society, Alva hosts Wilde as he arrives in New York for a US speaking tour. They connect immediately and grapple with issues of love, art, and identity. After his return to London and marriage, Alva writes to Oscar’s new wife Constance, beginning an epistolary friendship which reveals truth and tragic circumstances to each woman about her marriage, her life, and the difficult choices she must make. 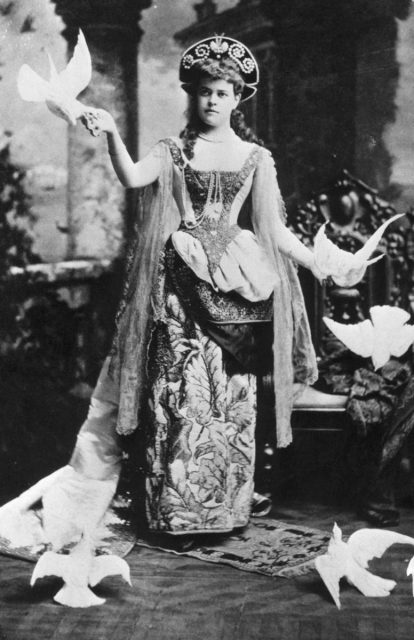 R. H. HUGO writes from Los Angeles – or Boston, Minneapolis, New York or London, depending on the calendar. With a range spanning historical drama, science/cultural thriller, and period docudrama for the screen, HUGO has a keen eye for visual detail and an even keener ear for truth. You can find out more at www.rhhugo.com