Mike Casper is a man of faith, guided daily by the principles of his hero, Jesus of Nazareth.  Not the Nazareth where they make Martin Guitars–the other one. Mike’s most recent published book has a curious and delightful premise: there are back stories to the peripheral players when Jesus took center stage, before he spent a long time watching from a lonely wooden cross. He tells those stories in a delightful manner, and you are sure to be entertained regardless of your faith, or lack thereof!  Good to see you here, Mike!

We had no warning. Silently, thirty raiders swooped down upon our tiny caravan.
In minutes, Dotan, my most trusted confidant, was dead; the rest of us were sprawled face down in the dirt.

Bandits, the bane of the civilized world, had struck again.

We were rounded up, linked by ropes around our waist, then force-marched inland, away from the Mediterranean Sea and deep into the Taurus mountains of Cilician Province. After weeks of walking up and down brush-covered hillsides–which gave way to narrow footpaths carved into the sides of towering peaks–we reached the bandit’s camp. Though we were exhausted, miserable, and terrified, facing a bleak future of slavery, we prayed we might live our lives—and die honorably—according to our beliefs.

No matter how few those days were.

Early the second morning in the raider’s camp, I was dragged to a goat-hair tent and thrown to the ground. They shoved my face deep into a filthy rug and held there. I gasped for breath but tried not to breathe, for the rug’s foul stench was overwhelming.

Through my gagging, I heard, rather than saw, someone enter and sit on a chair across from me. Then, flanked by two men, I was yanked to my feet, then ordered to kneel and bow my head.

When I finally looked up, I faced the largest man I’d ever seen. Arms as thick as my
thighs, thighs as thick as my torso, his shoulders looked strong enough to hold up
mountains. His black, piercing eyes under overgrown eyebrows and a shemagh
headdress sent a bolt of icy fear through my stomach. He studied me as a curious lion might consider a baby wren.

But despite my fear, I willed myself to study him back. The lower part of his left ear looked as if something had chewed it off. A thick, hairless, pink scar rode up from the right corner of his mouth, lending a false look of cheerfulness to his expression. Yet, the most striking feature of his face was his nose. Shaped like a hawk’s curved beak, it soared majestically above a shaggy, salt and pepper beard that brushed his barrel chest with every breath.

I recalled that strength, discipline, and a steely nerve were prized and respected in the nomadic world from past conversations with travelers. Clearly, this man’s size and demeanor announced he was the one to be reckoned with.

But in my culture, I was his equal, and I decided to make that point clear. I sat straight and held my head high. Then I had the uncomfortable thought that I was not in my academic environs in Antioch, Syria, and I would be wise to keep that in mind.

I slumped a little, but just a little.

One of his men handed him a small cup of steaming mint tea and he took a sip.
My interrogation was starting, and I was keenly aware that my next words might be my last. Again, I tested the cords that held my hands behind me in futility but again found no slack. I resolved to face death with dignity and prayed silently for protection.

I had a crazy urge to ask for a cup of water—and did so.

A flicker of amusement flashed across my captor’s face; perhaps I had gained a small measure of respect. Only a man of prominent position and used to authority would make such an audacious request at such a perilous time.
I nodded in gratitude when a servant lifted a cup to my face; though my captors had to know I was desperately thirsty, I only wetted my lips.

Another tribesman brought some of my scrolls and laid them on the ground between the man and me. One of his lieutenants sat cross-legged on each side of me, curved daggers out, a bad sign, yes, but not gripped with menace. The man on my left picked up a scroll, then idly doodled a series of curling, shallow scratches on its ornately tooled leather cover.

Stupidly, I clucked my tongue and told him to be careful with such valuable writings.  For this, he leaned towards me and slowly traced my nose with his dagger’s razor tip. I felt hot blood trickle down the side of my face, past my lips and into my beard, but willed myself to show no fear.

In a voice several octaves higher than I expected, he hissed, “Insolent dog. Speak like that again, and I will cut off your nose.”

I apologized, but as a master would to a lesser. Then, to my surprise, a sharp, guttural growl in a tongue foreign to me, a minor dialect of Arabic perhaps, came from the leader. My tormentor stood, glared at me, sheathed his dagger, and stormed out of the tent.

The giant spoke again, this time in my language, Hebrew. “I am Sheikh Thabet, Chief of this tribe. Escape is impossible.”

“You are a nobleman.” I nodded again.

He continued, “Your name.”

“I am Theophilus of Antioch. Syria.”

The Sheikh took another sip, and I could feel the mood in the tent lighten slightly. “Give me your word that you and your men will not try to escape, Theophilus of Antioch, Syria.”

After a moment of pretending to consider his request, I promised, for honor and dignity reigned supreme in the ways of mountain people. Also, in agreeing not to attempt escape, we had become guests of sorts, higher in status than a prisoner. But not much.

“I accept your terms, and of course, speak for my servants.”

The Shiekh stood and nodded.

“We shall talk over supper.”

A servant severed my bonds, and I stifled a groan as circulation rushed back into my hands.

He continued this time with a dark scowl on his face.

“There is a blood feud between my tribe and another. We expect an attack in the next few days. We will protect you as best as we can.”

“I long for the vanished gardens of Cordova. However, before the gardens must come fighting.”– T.E. Lawrence from Lawrence of Arabia

In his own words!

“I’ve always been a storyteller, a skill I learned and honed long ago. When my children were little, I told them wonderful bedtime stories. They’d say, “We love your stories, Dad! Write them down, so we can read them when we get older!” Well, they eventually morphed into words on the screen. A friend introduced me to Thorn Sully in 2012, who encouraged me to enter writing contests on AWordWithYouPress.com. The competition was fierce, and in November 2015, my 600-word story, ‘The Golden Limburger Cheese Caper’ won the ‘Train’ contest.

With Thorn’s editing help, I published my first book, The Sing Song Child. More recently, I published Stone Thrower, a loosely intertwined collection of short stories about fifteen people who encountered the most important man in the world. I told their backstories. You can find my books in paperback and e-book format at Amazon.com  and search for Mike Casper Stone Thrower…and my website, MCasper.com

Mike Casper lives in Southern California with his family and Lady, their dog. Though NOT a snake lover, he puts up with a lightning-fast gopher snake that somehow finds its way into and out of his garage.” 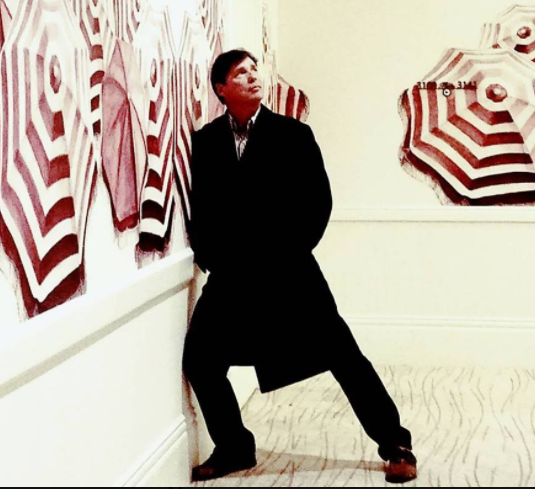 Stone Thrower: fifteen beautifully written backstories of ‘little people’ in the bible who had an encounter with the most important man in history.
Find Stone Thrower and more at MCasper.com 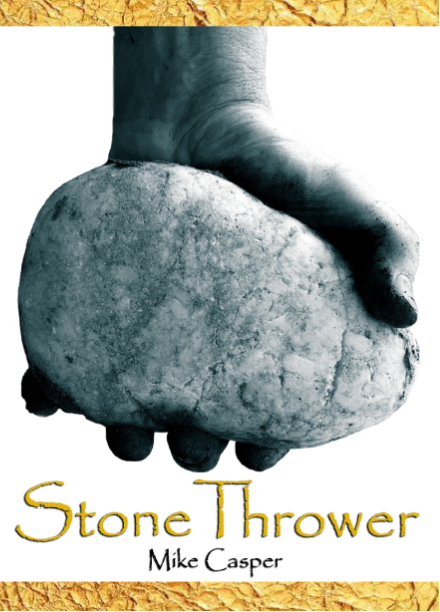 To buy an e-book copy: https://www.amazon.com/Stone-Thrower-Mike-Casper-ebook/dp/B07SKY32KK/

One thought on “Parched for Freedom…Mike Casper #13”