You were designated as a Professor Emeritus of the University of Idaho at Moscow in 2018, an honor that came at the end of a long academic career. Starting as the editor of a junior college school newspaper in Florida, you completed your master’s at Florida State, got your Ph.D. in English from the University of Illinois – Urbana, and have been teaching literature at the University of Idaho in Moscow since the Vietnam era. In a world of publish-or-perish, you’ve definitely survived, with peer-reviewed articles and non-fiction essays dating back to 1971 (even one published in Germany). Additionally, you’ve produced short stories and poems in publications too numerous to mention that really span all of America. So, I really have to ask you, how do you overcome writer’s block?

How do I overcome “writer’s block”? I’ll have to admit, I just simply do not have it and never have. In writing my book on the prolific (hyper-prolific?) Chicano writer Gary Soto, I came across a place where he said he has the capability to “compartmentalize.” I think that was the term he used. So, when I’m in what might be called the “personal essay zone,” I go with that; when I’m in the “poetry zone,” I go with that; when I’m in the “fiction zone,” ditto, and ditto for “critical nonfiction zone,” which would apply to my work on Soto. Every so often, something pops up and even amidst my work on, say, the Soto book, I’ll get an impulse (NOT from Wordsworth’s “vernal wood,” by the way) and turn out a poem or two. Recently, hearing about something my grandson Spencer (age 6) said about valentines, I recalled my own valentine “issues” when I was a boy, and the next thing I knew, I was writing that poem. And somehow, that reminded me of my mother’ advice when it came to buying a Christmas gift for this or that girlfriend, so I wrote that one as well. Then, back to Soto!

But, not to belabor the matter, my lack of writer’s block probably has a lot to do with the year or two I spent as editor of my junior college newspaper (the first in that role at our newly minted JC). The thing only came out once a week, but I had, for the most part, the world’s least reliable staff, especially that first year, so I’d come into the office early (with the janitors) and convert informational stuff from, like, the Office of Student Personnel Services, into usable copy. Also, I did the editing and extensive rewriting of whatever my staff did send my way (had a good sports reporter one year who later became editor of a major Florida newspaper—also a decent social news guy at one time). Also, of course, there was my editorial to churn out. But the point here is that I was pretty much under the gun to put out some text! I was also in on the JC literary mag, and no, I did not publish my drivel therein (just everyone else’s drivel).

I had much the same experience as you as editor of my community college paper in Western Washington, with the same level of “reliable” staff (or at least I recall it felt that way at the time). However, rather than overcome my own personal writer’s block, I ended up turning our weekly production into a “layout” party, which did manage to create some production that lasted for two or three issues before campus security put an abrupt halt to all that. As I remember, the university to the west of you (Washington State University) always seemed to pick up more than a handful of our better former staff. 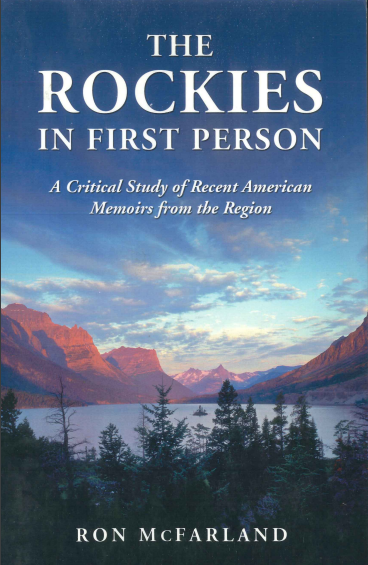 Compartmentalizing sounds quite useful on paper. To a certain extent, I might be using that technique already, but in a way, it feels more like just allowing distraction to get the better of me. Rather than writing something that I’ve planned to complete, I get bogged down in some genealogical research project, or in a blog idea, etc. This is probably going to sound like something you’d hear from one of your students, but is there a way that you use to control the zones you are going into, particularly if a deadline approaches?

Deadlines became a “thing” for me when I edited my JC newspaper, but I had already developed a policy of handing in work for my classes WAY before due dates, and I stuck with it throughout my undergrad and grad student years. Gen. Nathan Bedford Forrest of the much detested Confederate cavalry (and a founder of the Ku Klux Klan) during “The War Between the States,” aka “The War of Northern Aggression,” was said to have said, “Get there firstest with the mostest.”

Anyway, one of my theories was that I could grab all the needed research materials before anyone else got a shot at them, which worked great for certain classes, like, say Chaucer at FSU. Looking for book “X” by Prof So-and-so? Too bad, it’s been checked out! Also, if you get a paper in 2 weeks before anyone else does, the prof is (a) damned glad to have it in early, and (b) has nothing else on hand to grade it against, no immediate perspective, so the thing may well seem better than it is.

But you know, in an odd way, the zones seem to select themselves. Like yesterday I sent off a “final” draft of the Soto book, so today I’m on to other matters, in this case the interview and further preparations for a “Let’s Talk About It” library presentation on Thursday down in Grangeville—on David Sedaris’s “Me Talk Pretty One Day” (2000). I do have a couple of possible poems floating about my skull, but if these prove less than “inspired,” I plan to go back into my work on the novel about Col. Edward Steptoe. I try to stay receptive—that’s about it!

From his Wikipedia entry, Soto seems like he’d be an interesting poet. Certainly anyone who expresses strong admiration for Chile’s most renowned poet Pablo Neruda catches my attention. Do you choose the people you write about in a deliberate fashion, or is it just a matter of circumstance?

Usually, I do choose the targets of my obsession, but Soto more-or-less came to me. A woman who was editing a book on important 21st-century writers contacted me to say she needed someone to write up an entry on Gary Soto. How or why she stumbled on me, I’ll never know, as I hadn’t ever published anything about him or his work. But as it happened, I’d come across a copy of his “New and Selected Poems” (1995) which he’d autographed when he read here back in 1997, so I thought “How serendipitous!” and I said sure before I had ANY REMOTE IDEA how damned prolific he was! I did a LOT of reading and research, and of course I did not try to read all 70+ books, but I think I did a creditable job. And then my wife said, since you’ve done all this work, why not write a book on him? The short answer would’ve been that it would take a helluva lot more work, but I couldn’t resist. Now, if I don’t find a publisher, I may have to shoot myself or something, but I’m not sure I’m “in season.”

Presuming you go the traditional publishing route, do you have an agent in mind on who you are going to sell the book to?

Alas, not a clue! But I do plan to try the traditional route, if only to see what comes of it, albeit I’ve only slight confidence in that regard.

Having seen successful and presumably not-so-successful writers come through your classroom, are there any signs (habits, styles, etc.) that you look for that might indicate that you have someone who might become an author, journalist, etc.?

Flair. Can it be measured or even described? I doubt it, but they’ll have “a way with words,” NOT necessarily some keen sense of metaphor or even sharp use of imagery, but a vocabulary, yes, and usually a fine sense of the sentence—of syntactic rhythm, if you will. This sort of thing can show up in the student’s poems as readily as in his or her prose, by the way.

Ear. Yes, sonics are involved, obviously when it comes to poems, but important in the prose as well. Then, too, the ones who want it are usually so eager, so “into it,” that they’ll pay close attention to what I advise, and when they revise-revise-revise, I’ll be able to see the proof that they get it right off.

Of course, the best and most talented writers tend to be the most committed readers as well. They’re the ones who read a poem like Wallace Stevens’s “A High-Toned Old Christian Woman” (1923), and even if they don’t quite get it, they know that the phrase “squiggling like saxophones” in that poem is gold.

The poem is an interesting read, one that could make sense even here in the rigid Catholicism of Poland. But I’m also sort of amused that a simile comparing a saxophone solo to the movement of palm branches would find its way into the academic zeitgeist of Moscow, Idaho. My earliest memory of the town was playing at the jazz festival there with a junior high band back in the 1970s.

I imagine that there are a lot of odd cultural elements that could serve as a muse to you or your students, even though you are in a decidedly rural location. What are some of the odder ones lurking around Moscow?

Very curious question, I think. I don’t think I’ve ever had a muse aside from that imp of the perverse that lurks within (always got a kick out of that Poe story). When I was Writer-in-Residence and doing lots of workshops and public school appearances, I liked to remind my audiences that all writers are “opportunists,” maybe even “shameless opportunists.” We jump on whatever comes to hand, often something we read or hear or hear about.

One annoying thing about Moscow, particularly for a poet who wants to celebrate his town, is that it lacks an Idaho resonance entirely (obviously enough). It ain’t Boise or Pocatello, for instance, or Potlatch or Bonners Ferry. I’ve been variously “inspired” by one of my son’s baseball games, or my daughter’s ineptitude at mowing the lawn, or my wife’s piano playing, or any given day of fishing or bird hunting (even if, sometimes especially if, I screw up in one way or another). Years ago I wrote a piece called “Stalking the Wily Datsun,” a tribute, as it were, to shooting said vehicle (accidentally, of course).