Reviewing those writers whose work inspired you, you began to read with books like Eric Carle’s “Dragons Dragons: and Other Creatures that Never Were” (1991), and later graduated to short stories by Amy Hempel (“The Collected Stories of Amy Hempel” 2006), Israeli poet Yehuda Amichai (“The Poetry of Yehuda Amichai” 2015), Portland-based spoken word poet Anis Mojgani (“The Feather Room” 2011), and renowned author Kurt Vonnegut. You’ve also expressed admiration for Mark Z. Danielewski (“House of Leaves” 2000), because of the way he challenges readers to question what they’ve just read. You wrote that your love for Hempel’s work comes from her use of metaphor and word economy, but what has driven you toward admiration for the other writers you admire, and how what have you emulated from the work of each of these writers in your own writing? 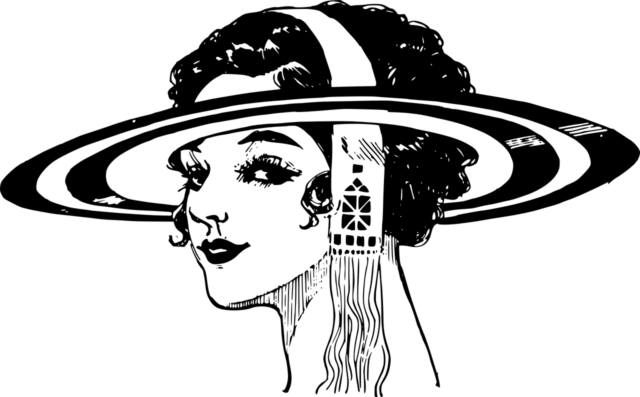 To start, from Kurt Vonnegut I took to his humanist themes. The first book I read of his is, “Sirens of Titan,” and a line near the end of the novel really moved me. To paraphrase, it goes something along the lines of, “A purpose of human life, no matter who is controlling it, is to love whoever is around to be loved.” It really spoke to me. It is an idea I definitely adopted for much of my early writing when I was learning the craft but has made itself less apparent as I continue to write.

Yehuda Amichai is just amazing. His imagery, his ability to tell a story with a poem, his metaphor. The first poem I read by him was, “God Full of Mercy.” The poem plays with the reader’s expectations. For some reason I thought I was going to read the author’s own version of the prayer or maybe a poem about someone who died. The first few lines goes as follows:

God-Full-of-Mercy, the prayer for the dead.

If God was not full of mercy,
Mercy would have been in the world,
Not just in Him.

I thought to challenge the prayer like that was such an interesting thing to do, and I immediately wanted to emulate that. I still do. I think that poem was the start of my desire to find beauty in the unexpected because of how that poem made me feel. To me, it is a beautiful poem.

Anis Mojgani is much like Yehuda Amichai, but what stands out to me is that his poetry is often playful and lighthearted. His use of imagery is also very clever. The playfulness and cleverness is something I greatly admire.

Mark Z. Danielewski, especially with his novel, “House of Leaves”, really challenges readers to consider what a novel is. He includes footnotes that cite literature that doesn’t exist. Some pages have blue font to emulate hyperlinks the reader obviously can’t click. The text changes direction. His challenge of convention inspired me to do the same when I write fiction. I think a little of that inspiration shows with my 5X5 submissions.

It sounds as if Amichai’s “God Full of Mercy” was actually rebellious, or rather an attempt at a challenge to religion, demanding that it share the mercy that religions often espouse within them with the world outside them. Is there perhaps a beauty that you might see in rebellion?

Definitely. I think the act of rebellion is beautiful. He does it so playfully too, simply by taking the phrase literally. I love when authors challenge readers. I think writers are inherently rebellious. To ask, “Why?” or, “What if?” which writers do every time they write is a little act of rebellion.

What has been your most rebellious act as a writer?

So far as a writer, I think it would be that story I wrote in college that was written as if it were John the Apostle’s retelling of Jesus’ life. I received some very hateful comments written in the margins after it was workshopped and I got everyone’s notes. One person even left the class and never gave me their notes when it was time to workshop it. The point of the story wasn’t to be sacrilegious though. It was to ask the reader that if God wasn’t real, could we still find reason to be kind to one another.

What has been your most rebellious act outside of your writing career?

Outside of my writing career? I don’t see myself as a rebellious person, and I don’t think anyone who knows me would use that word to describe me. If they did, they would probably be surprised to hear themselves say it. I often like to play devil’s advocate, but aside from that I wouldn’t have any notoriety as being rebellious. That might be why I like it so much in literature and movies. I get to feel the excitement of it without having to partake in any of the danger of it.

If you were to make something playful and clever on the spot, right now, what would it be?

I was thinking yesterday on my drive to work about comedic timing, and how on the show, “Family Guy,” there is a popular bit where the father character scrapes his knee. There is an awkwardly long moment that follows where he is on the ground huffing and hissing at the pain. I thought it would be playful and clever to write something that incorporates that moment into a scale that quantifies how long a person will be in pain. Your heart broke? That will be three years of huffing and hissing. It is comparable to a priest telling someone to say so many Hail Mary’s and Our Heavenly Father’s.

Ah, yes, confession. It’s been ages since I’ve taken confession. Do you suppose guilt can be playful?

In a way, I suppose it can. In a satirical piece of writing, making something playful might be easier to do. Or maybe coming from the perspective of a child where he or she feels guilty for something silly like using the last of a gallon of milk for cereal. A situation like that is endearing and plays with the expectation that guilt itself is serious business. People feel guilty for things all the time, and some of the reasons for feeling guilty can be pretty silly.

When I say playful, I mean the interpretation of something is unique. It doesn’t always have to be light-hearted. With the Amichai poem, I see the misinterpretation of God being full of mercy is playful even though the poem suggests something much more serious. It has an element of sarcasm to it. It pokes fun at the use of the prayer. I think you can do the same thing with any type of feeling, and that it’s a writer’s job to do things like find new ways to interpret everything. Nothing is safe, and nothing is permanently one thing.

It will be interesting to see what you’ve written in your 5X5 submissions, given your description of how Danielewski inspired you. Considering how his work appeals to you, would you describe yourself, then, as a visual writer?

Not the way he is. I don’t see myself at the moment doing something as brave and challenging as what he does, but I would like to try writing something where words are censored out. That would be fun. I like the use of strange imagery, and in that way, I might be a visual writer. I tried once in college. I submitted a story for a class workshop that was meant to be read as if the text were a found object. It was the story of John the Apostle retelling his experiences with Jesus Christ. It suggested that he was not God’s son and that the miracles performed were magic tricks, but at the same time played with the idea that, God or no God, people are inherently good.

I think my inspiration from Danielewski for my stories in the 5×5 show up more in that I didn’t follow the conventional story telling rules presented to me in school. One thing in particular I wanted to try was not offer the reader closure. I would say it is very mild compared to Danielewski.

Without giving too much away, what would you say is the most memorable example of not offering closure from what you’ve submitted for 5×5?

I think it really shows with two of the stories despite that every day I think of things I could have done more with them. One of the stories, which has some surrealistic moments, kills off a character at the end, leaving another character to pick up the pieces. I purposely left out a lot of background information for the character left alive. In a way, it gives him a chance to be anybody, and might even read like a newspaper story in that the reader is only really given the tragedy, but not given enough to care about the subject of the tragedy. It’s like saying, “Here is a sad thing. You figure out what to do with it.”

In college I learned you are not supposed to do that. You’re supposed to make the reader care about a character and then give them enough information about him or her that no matter how the story ends the reader can continue the story in his or her head if they want to. It was hard to break from that habit, but I don’t know that I always like the idea of stories giving readers what they want or need. What if a story left you feeling a little empty, or didn’t answer all the questions you might have? Does that have to be a bad thing? I think what I was trying to do was write the social equivalent of someone telling you about something really bad that happened to them, but you don’t know what to say back other than, “I’m sorry.”