Among the more nuanced purposes of our contest The Drinking Fountain is for us as readers to be aware that we have the power to heal our nation.  But a prerequisite to that healing is the sad awareness, no matter how unintentional, that the expression our most cherished beliefs may actually have contributed to the damage we wish to repair.  Sometimes our empathy muscle must be exercised on a personal level before it can be abstracted and applied to our world view.  I choose to believe that we have more in common with each other than our pain, but sometimes pain is the currency of humanity. This finalist entry by Miryam speaks of a pain that every parent imagines at one time, though perhaps with different details.  And it speaks of the consequence of being wrong.  Here is

The last time I saw Abby, she was standing at a bus stop. I was stalled at an intersection when our eyes met. She glanced away,  pretending not to see me, but I felt our souls touch, as only a mother and daughter could know. Memories of how we had endlessly argued after telling me she was pregnant flooded my thoughts, as I drove away. She was just barely fifteen when she stormed out of the house that night, with a backpack flung over one shoulder; her shiny black hair, long and straight, racing behind her as if trying to catch up with the inner passion that drove her. Our words had been harsh, mixed with tears and ultimatums, now echoing regretted memories. She announced that she was going to terminate her pregnancy. I said I wouldn’t allow her to do such a thing —- and then she ran. That was almost a year ago.

I hear a knock at my door and find a sheriff standing soberly on my porch. He asks me if I am Abby Goldberg’s mother and follows me inside as my gut instinctively lurches into my throat. He  proceeds to inform me that my daughter had hung herself and was found dead that morning. He asks if there is someone he can call and offers his deepest condolences. I can not form words to reply. A social worker appears and extends a small pink striped bundle towards me.

“This is your granddaughter, Lily,” she says softly.

As I reach out to embrace this precious little life, our eyes meet, and I realize Abby had not aborted.

Oh, my sweet and beautiful Abby.

I was wrong….so very, very wrong. 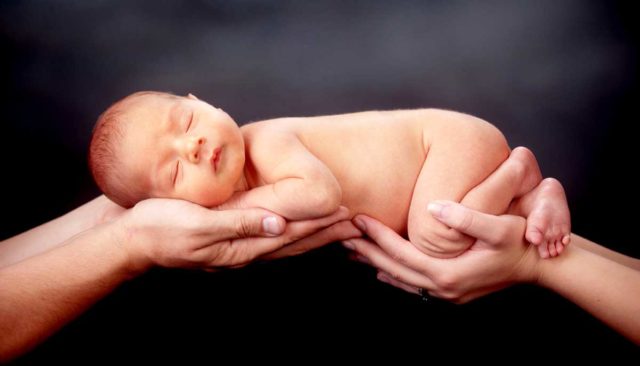