A Word with You Press has been building towers of late, to include expanding our horizons and celebrating young adult books. After all, where else would our fearless leader get his humor?

We are delighted to share a word with you about our own Isabelle Freedman.

Freedman grew up on the West Coast of Scotland. An M.D. PhD. who has worked as a doctor and scientist in several countries, she now lives close to San Francisco with her husband, Pulitzer Prize winner Jonathan Freedman, and their children Viva and Lincoln. 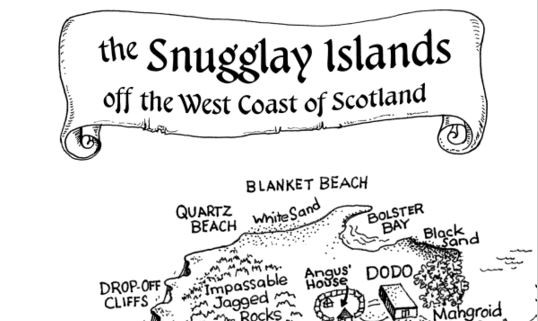 While living in Switzerland she read fantasy adventure books to then seven year old Lincoln every night – until they ran out of suitable options! In the face of this near tragedy there was only one way forward: write one! The book owes Lincoln not only its inspiration, but also its integrity. He summarily rejected his mother’s sneaky attempts to take the easy way out, re-use plot devices or recycle monsters, ensuring that every chapter owns a fresh fantastic creature.

Angus MacDream and the Roktopus Rogue, published by  is A Word With You Press, is Freedman’s first fiction in print, and we are happy to share the story with you.

Author. Editor. Performer. Freelancer. She's the quintessential Renaissance Gal—and it's all Thorn's fault. Ok, not really. With a Masters in Transformative Language Arts, Tiffany is not only a voracious reader and exceptional performer but a professional writer and editor. Her favorite genres to edit are poetry, young adult, sci-fi, fantasy, and thrillers (bring on the horror, it don't scare her). But she's a learned reader, and her strength is in comprehensive editing for optimal story flow. Tiffany asks the necessary questions to help you hone each chapter, ensuring readers get your best work. Tiffany is President of the San Diego Book Awards Association, as well as a member of ASCAP, The National Forensics League, and Transformative Language Arts Network.

I integrate Transformative Language Arts into any work I do, and I work with people all over the world, but I can't tell you who they are, due to NDAs! I was once told, “you exude art.” So, I decided to spend the rest of my life helping other like-minded individuals get to do the same. Let’s do something magical together!