Kenneth Weene’s poem Pride apparently has nothing to do with marching through San Francisco in a parade I witnessed on June 28th. The pride on display there was rather gay, and the marchers lionized. Kenneth, I believe, refers to something a bit more bleak. 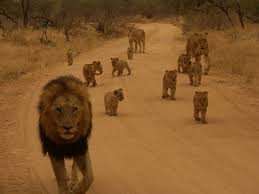 driven by thirst and memory

until the earth shakes

coughs up a dry red dust.

their plaint bitter against the heat

even if the young perish

before they can savor breath

or suck their mothers’ dry teats.

they will no longer come

they will not gather again