Ahh…Literati! Tiphany Vakilian is one of those who secretly pulls levers behind the curtain in the towers that are A Word with You Press. She does stuff you never see, for the express purpose of making whatever shirt I wear make me look thin, figuratively speaking (notice the trademark double entundra?) Thanks Tiph, for all that you do!

Mama would say, “Forgiveness is an amputation with phantom limbs, baby. You’ve got some cutting to do.” She was right, but I can’t yet. Too many decisions to make first.

I looked at our packed china, so rarely used. We wouldn’t let the kids touch them. Kimber figured our Hungry-Hungry Hippos would eat the dishes themselves.

At least they’re getting to spend time with Gramma here in Oceanside. Kimber would never allow us to visit once we moved to Newport Coast.

As if our circle wouldn’t background check his pedigree, hmph.

Fireside Park looks nothing like it did when Kimber would walk me home from the bus stop. He was so much more kind and hopeful then too. Every now and then I would see that twinkle still in him, and it would break my heart all over again.

Brook, short for Brooklyn (where she was conceived on the first night of our honeymoon), looks just like him, but with my feminine curves. She runs around strong, sassy, and wild – just like NYC. Were she not so pretty, I’d have torn her tail up one side and down the other. But Kimber would shake his kente oil scented locks and say, “C’mon, ‘Chele, beautiful people get special allowances.”

My silly behind believed him.

Now Ben is wetting the bed and stealing candy. He denies it, but his stomach upset, rotting teeth, and the loosening range hood smack that lie out of the park like Babe Ruth. I was allowed to spank him. And Kimber surely did, but never for the incident in question; only for his looks. As if something merely average could come from his seed.

Now I get to play ‘catch up, clean up’ with my kids’ self-esteem.

How did I allow this? Kimber wasn’t that damn beautiful.

I picked up our decadent china dinnerware with its two gold lines, and set them at Mom’s dining room table; the perfect place setting for our fast food dinner, and any other meal we wanted.

My kids are worth the china. 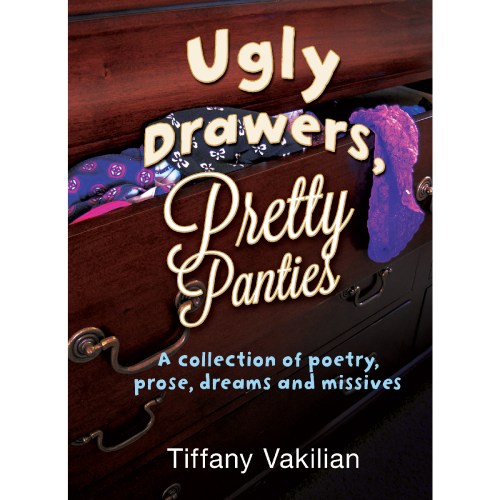