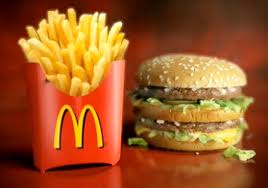 In 1997, bird shit was absorbed through my arm on a fiery summer day and caused a near death experience. Anyone would have found it funny, unless of course they found themselves weak and next to the mental ward where a simple buzzer made you fear the insane behind it.

Only 5 years later, in the wake of the World Trades Center attack, I saw true mental anguish and knew I must leave a full time job to enjoy my four and one year old. I’d work part time and grow a new mind.

In the decade I dropped off the earth, I pursued my passion and created new avenues in art, music and writing; each an essential building block to a stable and lean personality, but was rewarded with penniless accolades. After we bypassed the early years and demands grew, the needy poet grew realistic and sought basic cash needs. I returned to full time work in a busy mall October 2012. Again, I thought, death knocks on my door; poor choices of rich and deliciously fatty foods and beautiful alcoholic drinks were a toxic mixture to my unhealthy veins causing a 98% blockage. BUT, I beamed at the doctor who treated me in the emergency room- the first patient to smile at him during a heart attack. At my time on the Gurnee I slowly read papers the nurses demanded I sign. I refused to hurry when the most direct and frightening words one could hear arrived from the doctor. He interrupted and said,” Those papers give us the right to keep you alive under all circumstances. Sign them and we can go ahead.”

What’d I do? I signed the fucking things….

Life or death? Written or read?

So here we go again.

6 thoughts on “Stephen Roberts, and a chance to do it all again”