(what air looks like when it is three degrees outside my office in Moscow) Literati! This is the final evening that I will be posting the stories submitted for our First Annual Peggy Dobbs Write-of-Passage Contest because…It’s Over!  The deadline to submit to the editor-in-chief (moi) is never over, but the deadline to submit a …

This is the final evening that I will be posting the stories submitted for our First Annual Peggy Dobbs Write-of-Passage Contest because…It’s Over!  The deadline to submit to the editor-in-chief (moi) is never over, but the deadline to submit a contest entry passed on Thanksgiving Day.  I have six stories still to post that beat the deadline.  I will get three stories posted tonight, and three in the morning. I would like to have given these remaining stories more hang time, since so many of the other stories were well hung.

Although I have support from all over the globe, I am the entire staff here in Moscow posting the stories. Right now the very manly day-job supports this site, but that means I only have time to play at night. The towers that are A Word with You Press are undergoing a renovation, and subsequently there has been no heat in the building except for a small electric heater the cringes every time the door gets open and the three-degree outside temperature invites itself in for a hot toddy.  Not complainin’–just esplainin’!

And tonight’s posting almost got derailed as my keyboard decided that 26 letters in the alphabet were just too many.  Thank goodness there is a Wallyworld not far from here, and I was able to plug in my little Chinese import a few minutes ago and am back on line.

I will announce the finalists tomorrow at 8:pm Pacific Standard Time.

For those of you new to the process, I pick three entries based on my own tastes, and three at random. I swear, it’s not too late to attempt a bride–oops!–BRIBE! I would sincerely like to thank all of you who offered chocolate, Sam Adams, money and/or my favorite position in order to make the finals.  But the actual winner will be chosen by someone other then Moi.  This is the first time A Word with You Press has offered a prize of $500, and if I am going to do something scandalous, I prefer the scandal involves naughty behavior rather than money.

This has been (and remains) an amazing contest. Use the comment box on this posting to declare who you think the three finalists chosen from merit will be, and any thoughts you may wish to share about Peggy Dobbs, who inspired us so.

Wish me luck;  the temperature is dropping.

Still have stories to post by Gary Clark, Julie Mark Cohen, Stefanie Allison, Kenneth Weene, Christopher Delicino and perhaps one or two others. 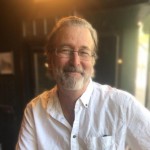 Thornton Sully has Jack Londoned his way across the globe sleeping with whatever country would have him, and picking up stray stories along with way. A litter of dog-eared passports that have taken up residence in his sock drawer are a constant temptation, but, as the founder in 2009 of A Word with You Press, dedicated to helping you tell your story persuasively and with passion, it’s not likely he will stray too far from the towers in Moscow, Idaho, unless it is to pursue women (actually, just one) in Prague or the Bohemian village of Ceske Budejovice in the Czech Republic. Authors who have sought his advice have won major awards, including the Pulitzer Prize, the Isabelle Allende Miraposa Award for new fiction, and the Best Poetry Award from San Diego Writers’ Awards.